An entrepreneur with over 30 years’ experience in IT and supply chain logistics, Juay Meng is actively involved in the community serving on various advisory committees. He is a passionate advocate for senior volunteerism and harnessing the full potential of seniors. He is also Chairman of Punggol North CCC. In Thye Hua Kwan Moral Charities, he is both the Treasurer and Chairman of the Disabled Homes which include the three Disabled Homes, the Autism Centre and the Day Activity Centre. Juay Meng sits on the Digital Readiness Network, LTA's Active Mobility Advisory Panel, Merdeka Generation Communications and Engagement Taskforce, SG Cares Steering Committee and Singapore Business Federation Sub-Committee on Aged Workforce. He was formerly on MOH's Eldershield/Careshield Review Committee and the NCSS Volunteer Resource Committee. 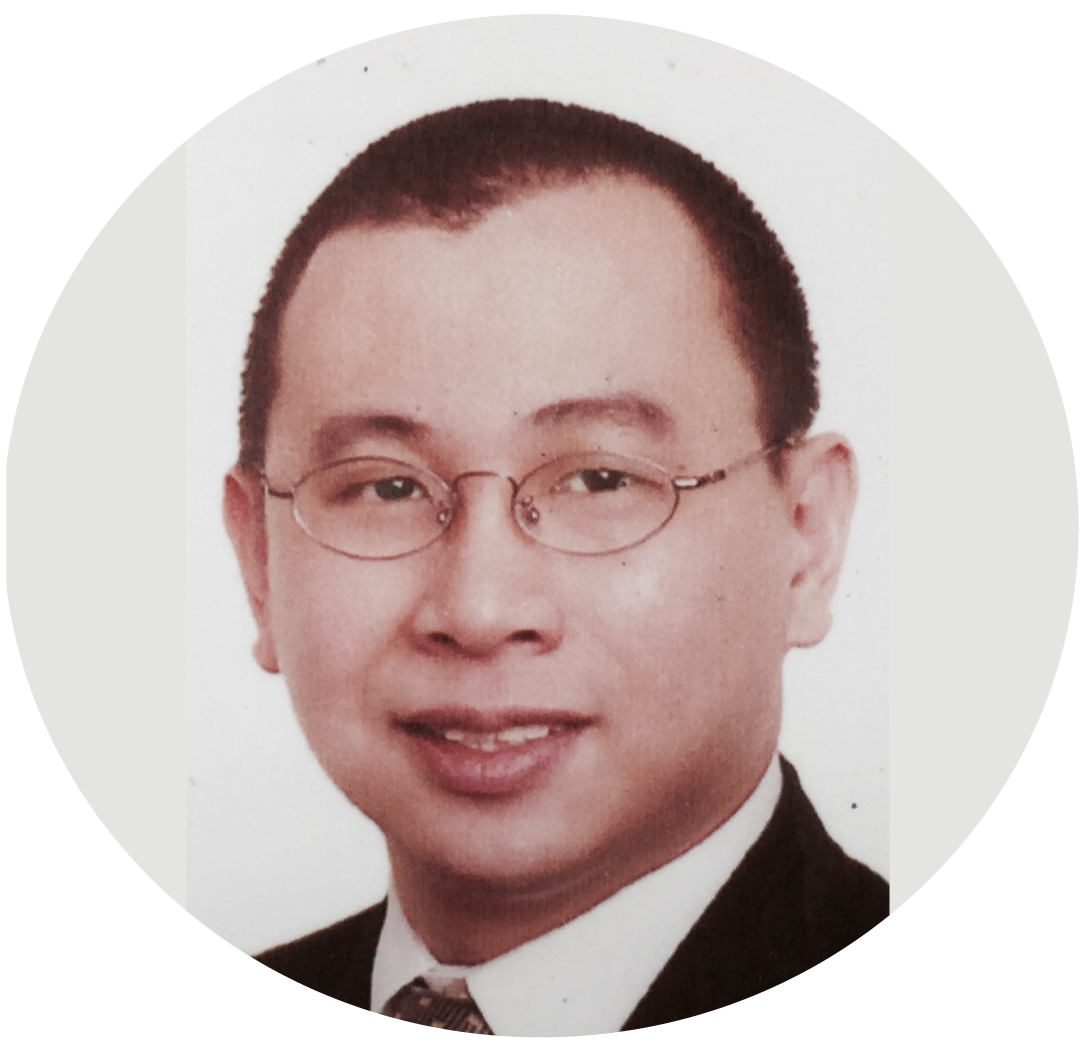 Raymond was co-opted into the Board in March 2017. He has more than 30 years of auditing, finance and risk management experience in various MNC financial institutions across United Kingdom, Hong Kong, Singapore and Japan. He is currently an Executive Director, Chief Operating Officer in Market and Liquidity Risk in DBS Bank. Apart from being the Assistant Honorary Treasurer in RSVP, he also chairs the Human Resources Committee. He was an internal auditor in RSVP for the financial year ending 30 June 2015. He also participates actively in Corporate Social Responsibility activities at his current employer. In addition, he volunteers as a mentor at Enactus. 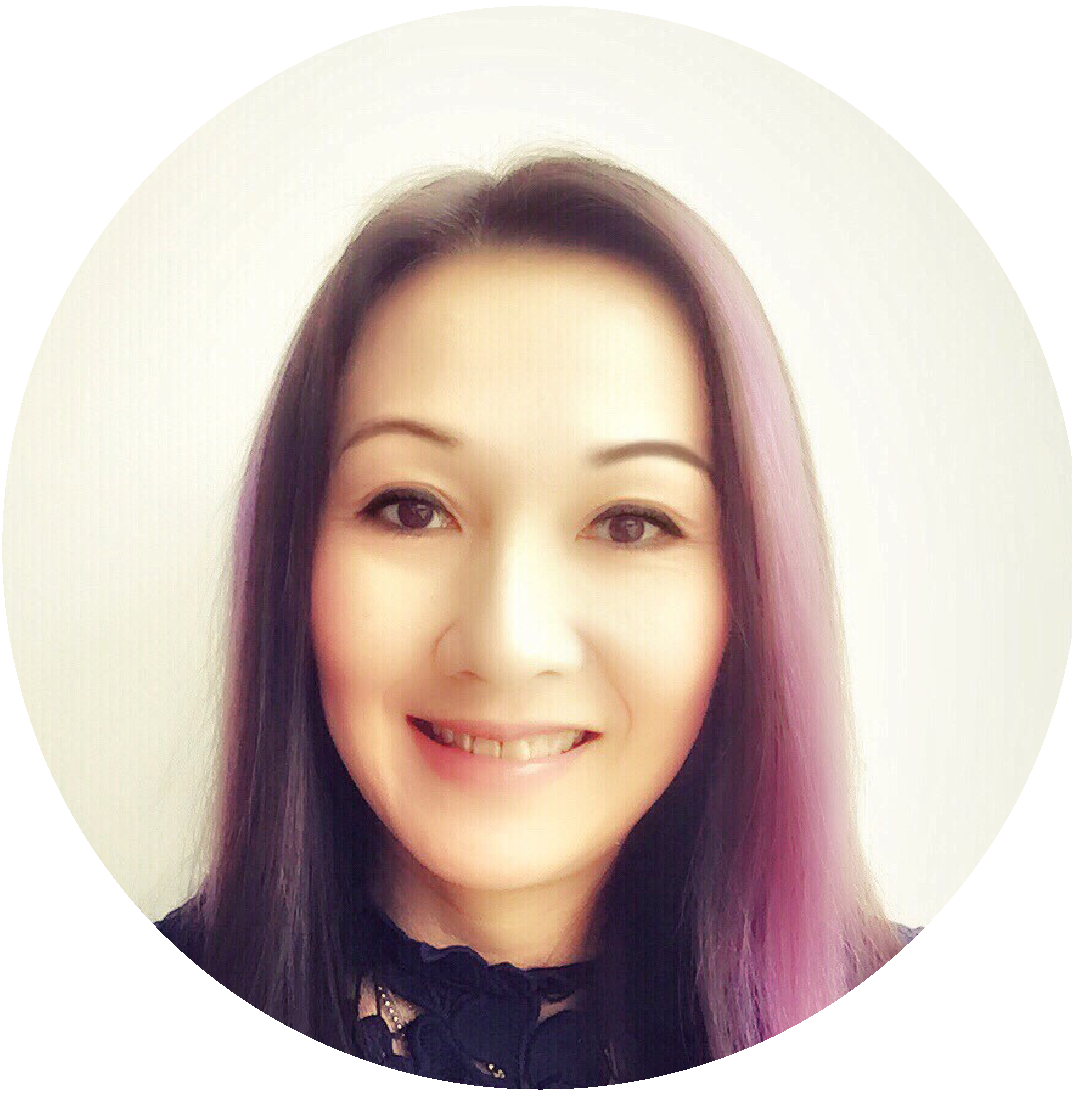 Edna has accumulated a wealth of experience in various management and leadership roles during her long stint of 26 years in the wealth management area of the banking industry. She exemplifies the value and importance of practical experience and the concept of “walking the talk” and has had experience in coaching and training staff for many years. These experiences have prepared her for the journey into the non-profit sector giving her the capabilities to value add in the sector. She is presently Treasurer of New Hope Community Services and Chiam See Tong Sports Fund. 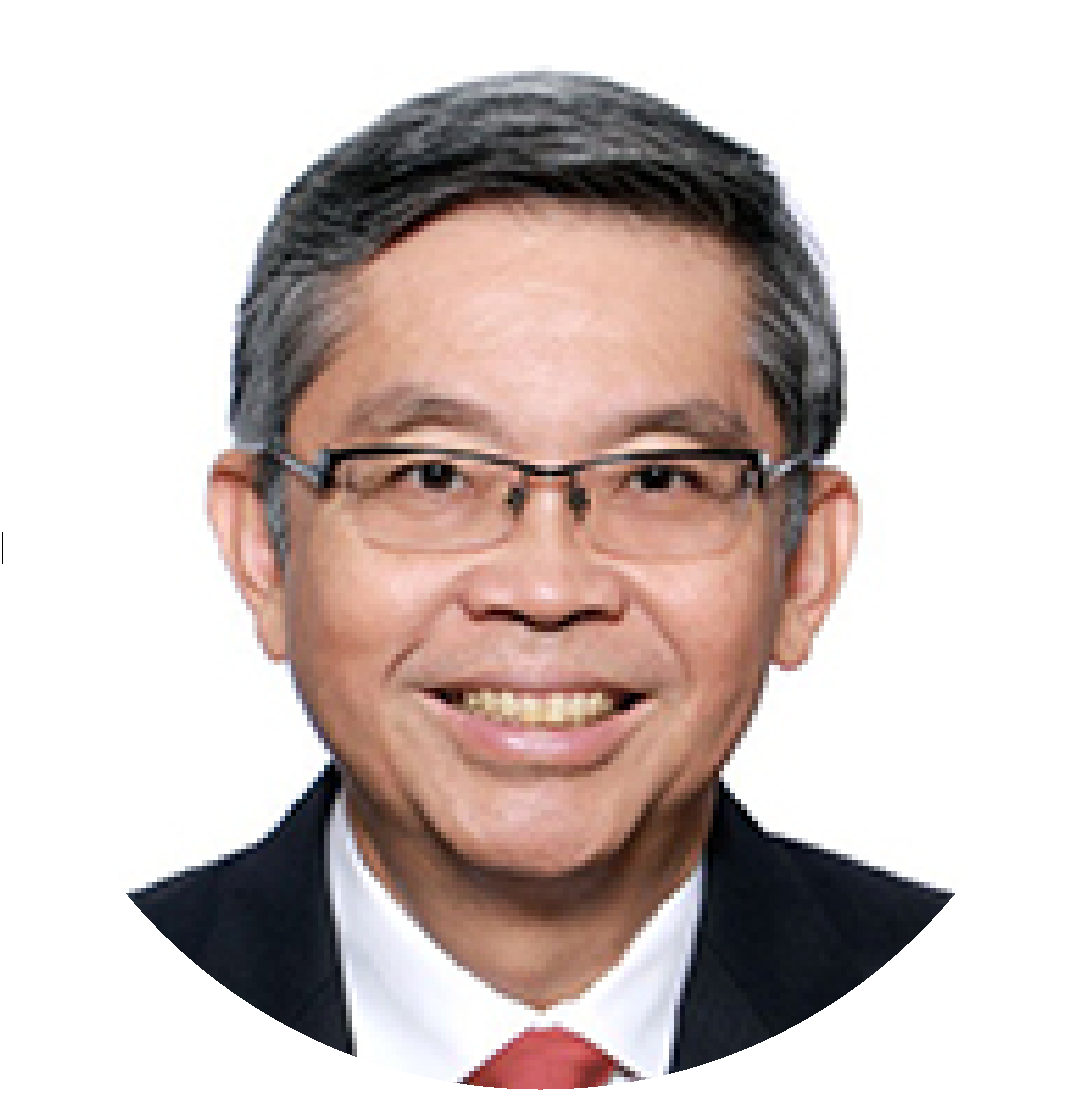 Michael graduated from the National University of Singapore with a LLB (Hons) in 1986 and has been in practice since 1987 for more than 32 years. He obtained his Graduated Certificate in Arbitration in 2006. An advocate and solicitor of the Supreme Court of Singapore, he was called to the Singapore Bar in 1987. He founded his firm Moey Yuen Leet & Samuel, and subsequently Moey & Yuen in 1994. Prior to forming Moey & Yuen, he was a junior partner with Harry Elias & Partners. Michael is a principal mediator with the Singapore Mediation Centre , a member of the International Mediation Institute and a Fellow of the Singapore Institute of Arbitration. He is also a Notary Public and a Commissioner for Oaths. Michael has a wide range of experience in various types of civil and commercial litigation as well as mediation. He has litigated cases covering many areas of law in the Court of Appeal, High Court, State and Family Courts. 37 of his cases have been reported in the Singapore Law Reports.

Joseph, a retired business man, joined RSVP in its pioneering years and was formerly the Chairman of the Cyberguide Programme from 2002 to 2007. He was instrumental in organising RSVP’s first Seniors Computer Day in 2002. The event was a success and it helped build RSVP’s reputation as a leader in ICT training for seniors in Singapore. Joseph was co-opted onto the Board in late 2016. Joseph has been actively involved in social work. He is currently the Chairman of Ding Yi Music Company, Programme Director of Rotary Club of Singapore and the Board and Exco Member of Singapore After-Care Association. He is also the Honorary President for Singapore Hui Ann Association and Singapore Hui Hwa Pugilistic Association.

Marjorie has extensive experience in legal practice, specialising in corporate and maritime law. She also lectured on maritime and marine insurance law at the Singapore Maritime Academy of the Singapore Polytechnic. She formerly served as a Consultant in the Otto Group of Companies. Marjorie has held Board appointments in several private and public listed companies as well as in non-profit organisations, including Council for Third Age. She is the Honorary Secretary of RSVP and currently chairs several committees including Nomination and Programmes Creation. She is also Chairman of Siong Keng Hoon Foundation Limited - an organisation incorporated for charitable purposes. 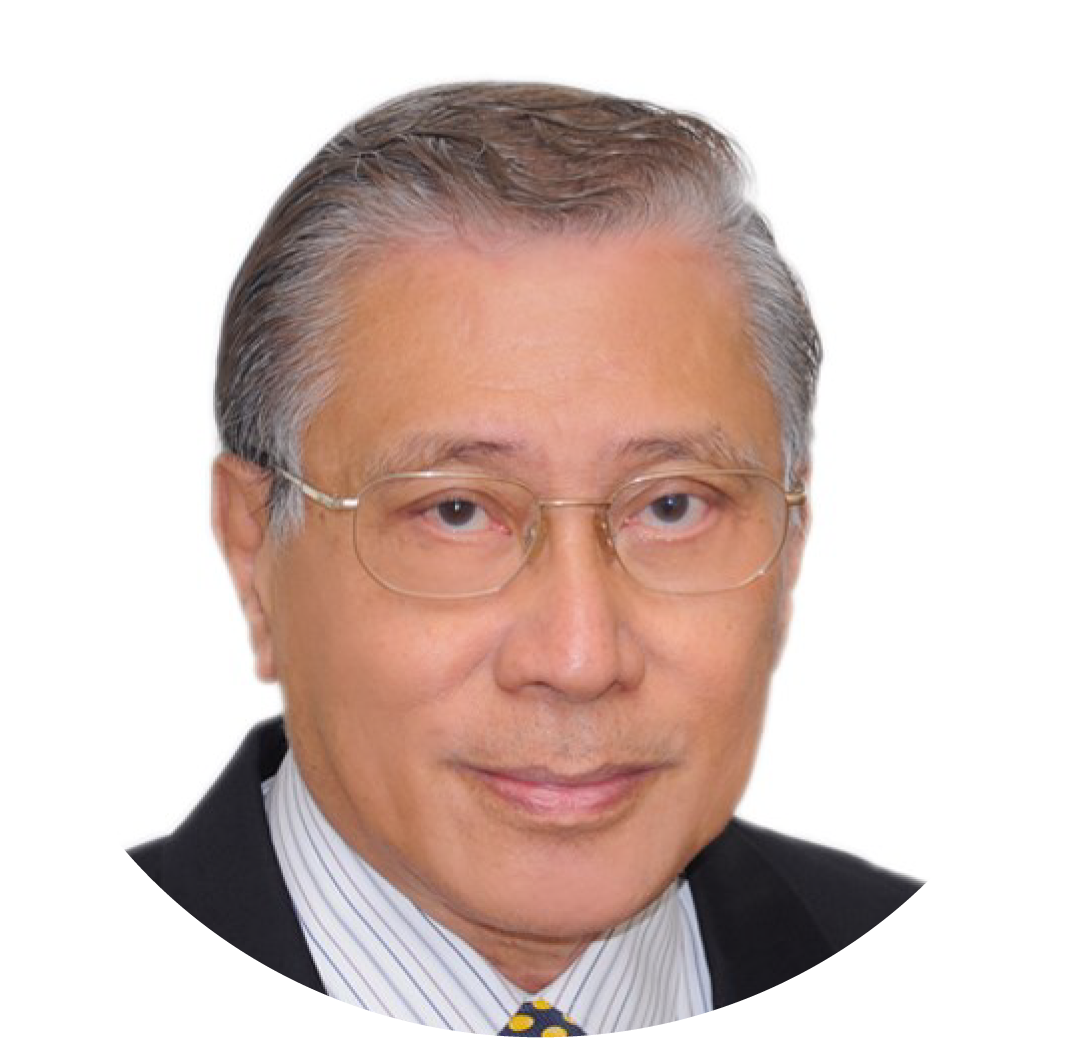 Chee Meng has been a member of RSVP and a Cyberguide trainer since 2015. He also serves on the Volunteer Management Committee as Mediator. He has over 40 years of experience in education with roles in policy development, administration, management, mentoring principal for vice-principals, and teacher training. Prior to retirement, he was Principal of Maha Bodhi School and Assistant Director in the Educational Technology Division of the Ministry of Education. He has also served as council member in the 9th to 12th Schools Council (1989 to 1992), National Institute of Education Council (1991 to 1996), and National Internet Advisory Committee (1996 to 1997). 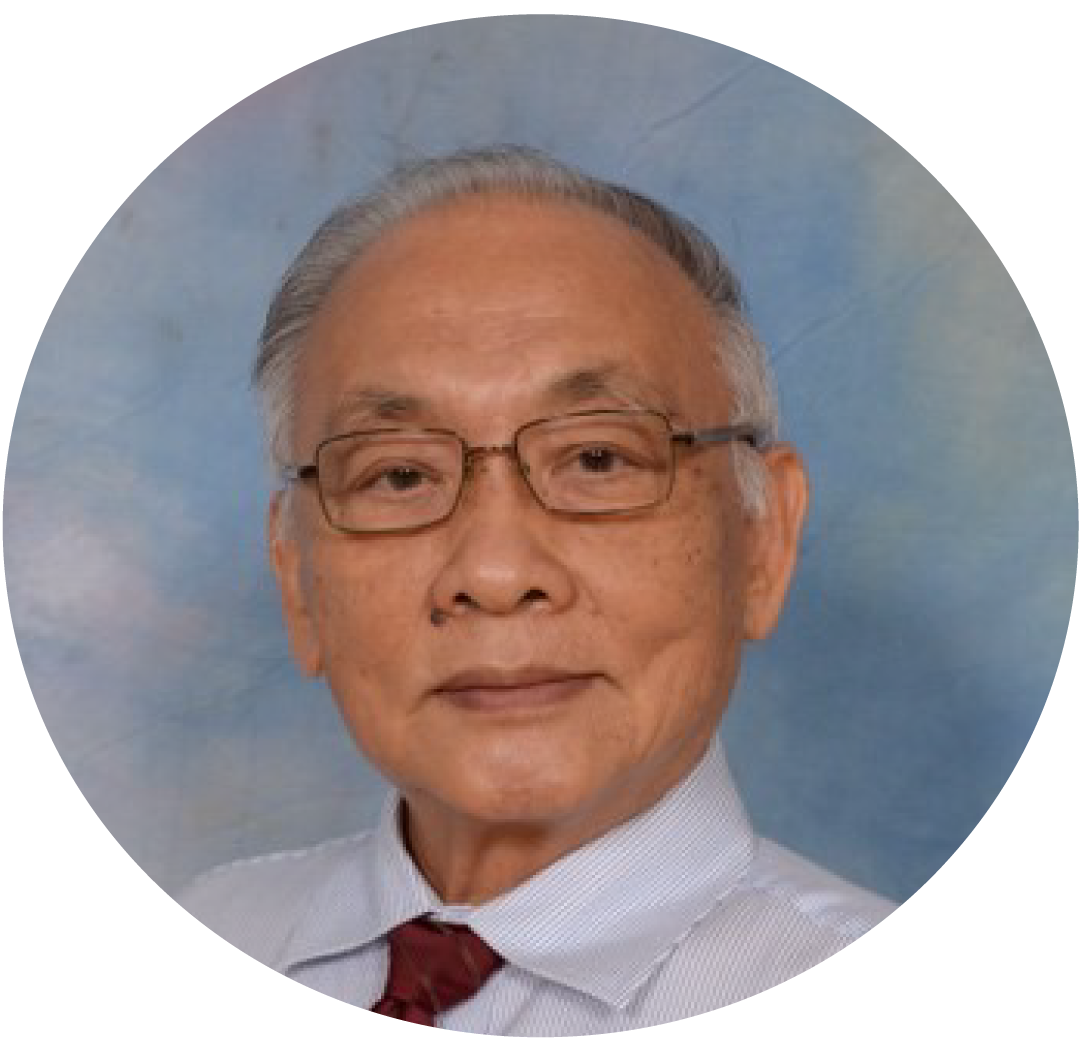 A Chemical Engineer by training, Tong Yuen is an accredited Principal Mediator with Singapore Mediation Centre (SMC), 7 years with PUB followed by 30 years with Exxon. He worked in different capacities including as Division Head, Operations Head and Plant Manager. He was the Former VP and Council member of the Institution of Engineers, former member of Singapore Polytechnic Chemical and Life Sciences Advisory Committee. He is now the Chairman of the Advisory Committee for Management Systems and Product Certification (AMCP) for TUV SUD and is co-chairman of the Technical Committee for Conformity Assessment Standards Committee (CASCO) of the Singapore Standards Council. He is also an Assessor for the Engineering Accreditation Board (EAB). Tong Yuen is the first recipient of the President's Volunteerism & Philanthropy Awards 2015 (Senior).

Genevieve was co-opted into the Board in January 2017. Genevieve was accorded a Fellow Chartered Accountant of Singapore status by the Institute of Singapore Chartered Accountants (ISCA) in May 2016. She is currently the Chief Executive Officer of OVOL Singapore Pte Ltd. Her previous appointments in community service include Honorary Treasurer of the Print & Media Association Singapore, Council Member of ISCA, Honorary Treasurer of the Financial Planning Association of Singapore. She is currently the Co Vice-chair of Programme for the Endorsement of Forest Certification - an NGO based in Geneva which promotes sustainable forest management. 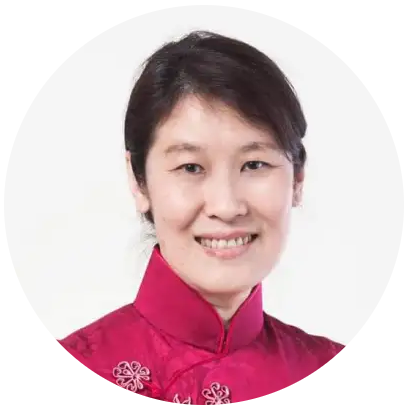 Dr Carol Tan is a geriatrician by training. She has been involved in direct patient care across the entire continuum including acute hospitals as well as in the intermediate and long term care sector. She has headed the Geriatric Medicine units in both Changi General Hospital and Singapore General Hospital. As a policy maker, she was with the Ministry of Health and held concurrent appointments in the Epidemiology and Disease Control, Integrated Health Services and Health Finance Divisions. She served as Deputy Director (Elderly and Disability Policy) in Ministry of Community Development, Youth and Sports and worked on the Prime Minster Office (Ageing) portfolio. Her interests are in developing a person-centered, whole life, integrated, multidisciplinary, evidence-based approach in the area of health and social care provision. 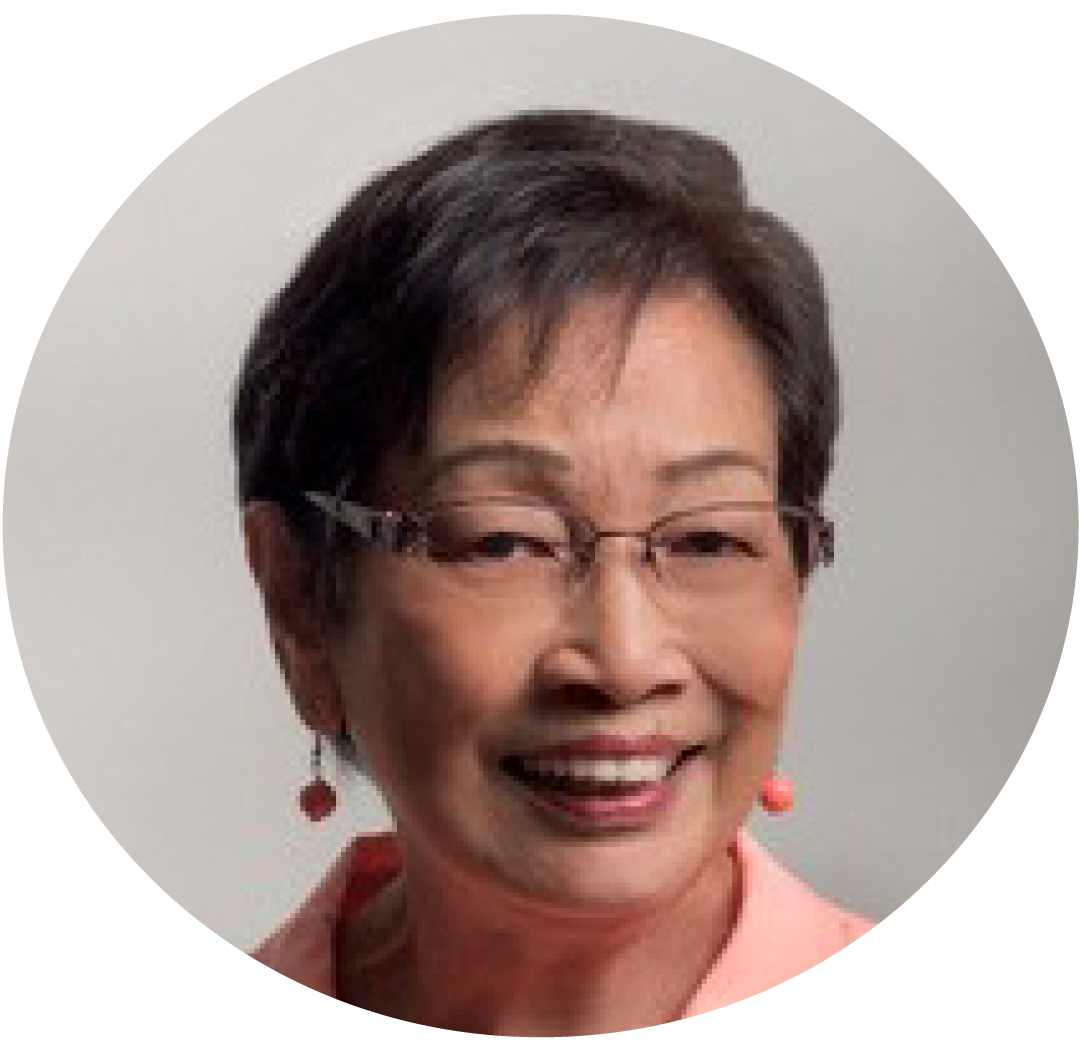 Sunny is presently the Chairman of the Cyberguide programme and Volunteer Learning Centre. Sunny has been a strong supporter of RSVP’s training function including VLC since he joined the organisation in 2011. He facilitates programmes in the VLC, arranges trainers for Silver IT Fest and corrects all outstanding problems faced by Silver IT Care. He was also instrumental in leading M+W in two charity golf events benefitting RSVP Singapore in 2012 and 2016. Prior to his retirement, he was the Vice President (Site Services) for TECH Semiconductor Singapore Pte Ltd and was instrumental in setting up the Regional Headquarters for Hewlett Packard in Hong Kong. Besides these, Sunny has volunteered in schools and industries, serving for more than 22 years on the Board of the National Youth Achievement Award Council. For his contributions and dedication to RSVP, Sunny was presented the inaugural Founding President’s Award last October during RSVP’s 20th Anniversary Charity Gala Dinner.

As we move towards Phase Three of post-circuit breaker, our programmes and activities have resumed partially with safe management measures in place.

We have resumed our monthly IT classes since August. Registration is by appointment only at our level 9 office Mondays to Fridays (except Public Holidays), from 11am to 4pm. Please call 6485 6132 to book an appointment. We seek your cooperation to observe safe distancing in our office and to stay at home if you are feeling unwell.

If you need to reach us, you may call us during office hours at our main line 6259 0802 or email us at general@rsvp.org.sg.